Like any drain that isn’t frequently cleaned out with a powerful chemical agent, an unwelcome amount of sludge can start to amass over time.  Over the last few months, since I’ve dedicated valuable blog space to my rambling musings about life, featured guest posts about live shows/relevant topics, and shared farfetched perspectives on the ever changing hip-hop game, I’ve really neglected to do what this blog was intended to do: promote super dope-ass hip-hop music that falls below the radar.  So the “Best Listens of Spring 2015” are here, and boy are there a lot.  Rather than try to weed out my favorites, I wanted to do what a good cleaning agent does–drain out the dirty, filthy volumes of good music (really opted for a poor metaphor on this post–damn!), and share it all with you.  I don’t want to leave it on the back burner any more, and in the spirit of the blog, I’m passing along all of the good stuff.

Before I dive in, the last few months have had a few interesting updates in the hip-hop world worth noting. Kendrick Lamar visited a high school to witness how one teacher was integrating To Pimp a Butterfly into his English curriculum, comparing Lamar’s opus to Toni Morrison’s The Bluest Eye.  Oddisee finally delivered a stellar Tiny Desk Concert on NPR, performing beautifully-inspired renditions of his tracks “That’s Love”, “Contradiction’s Maze” and “Belong to the World”.  On a sadder note, underground hip-hop veteran Pumpkinhead passed away last month bringing many hip-hop veterans together to reflect and remember his influence on the battle rap and underground scene.  [Purchase Orange Moon Over Brooklyn immediately, if you haven’t already.]  Ending on a more positive note, Jurassic 5 have gotten back together for a West Coast/Europe tour celebrating their album Quality Control, well-known for being an all-time hip-hop classic.

And what’s cooking in Boston?  Well as of late there has been a stir of energy in the hip-hop scene.  The Juneteenth celebration held at the MFA with Future Boston Alliance highlighted long-time breakdancing crew The Floorlords while the buzz is stirring around the upcoming Boston hip-hop festival at the Middle East later this month.  Featured acts will include STL GLD, Reks, Termanology, Edo G, Dutch Rebelle, and so many more.  Anyway, onto the music.

Musical Note:  This installment’s steadily rotated joints really run the gamut in terms of sound and style.  It’s been an interesting few months in the hip-hop world, so strap your seatbelts in and leave your preconceived notions at the door.

Substantial & The Other Guys 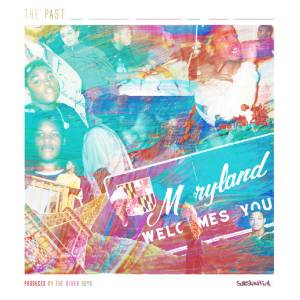 Much like its title, veteran underground emcee and Baltimore native Substantial brings a whole lot of nostalgia to this brief but insanely enjoyable project.  Maryland producers The Other Guys have crafted some of the funkiest of beats and soulful production samples that jive perfectly with Substantial’s ever-energetic flow and reflective bars.  His verses bring traces of Wu-Tang Clan’s U-God/Inspectah Deck best bars with, dare I say, a nod to the very, great and late Pumpkinhead, with a flow that really does come straight from a former time.  As a Mello Music Group mainstay, Substantial is not to be slept on.  Plus, this project is simply a lead up to his fourth full-length studio album, to be released later this year.  Be sure to peep his other projects like Home Is Where the Art Is. 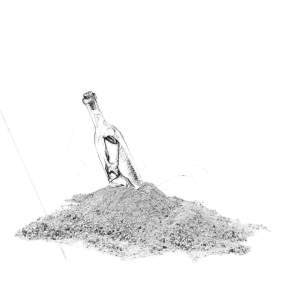 Donnie Trumpet has been a long time friend of Chance the Rapper, and from the background, has fueled some of the more musically impressive tracks from the Chicago native.  The free album from Donnie Trumpet and the Social Experiment is probably one of the most versatile and musically profound projects that dropped this year.  Like any good vacation or escape from the the day-to-day, the album strives to provide an adventure into musical joy and honesty, that at its heart, embraces Chance’s larger community of supporters & friends.  Building off of Acid Rap, he stretches his vocal chords substantially, pushing the boundaries of his rap to touch something deeper inside himself.  The project also happens to feature major guest spots from the likes of Busta Rhymes, J. Cole and others.  Despite the powerhouse backing, the Social Experiment never falls into commercial predictability.  For the most part, it stays true to its jazzy, funky and R&B sounds, distributing the talent across the member artists.    At the end of the day, Donnie Trumpet and the Social Experiment only seem to concern themselves with  making uplifting, honest and alternative music that deviates from the mainstream.  And shit, it’s fun as hell to jam out to during the summer! 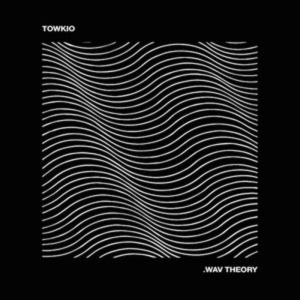 Among Chance the Rapper’s friends, there is Towkio, who’s been rapping and singing for some time, frequently in the background on the production side of the music.  Earlier this spring, Towkio finally released his debut album and, as he himself described to Hot New Hip-Hop:  “You can expect to get down…You gon’ be able to dance, you gon’ be able to vibe, you gon’ be able to smoke, exfoliate, transcend… You know, all of that.”  It certainly stays true to that theme with some extremely danceable tracks, and probably one of my personal summer favorites “Free Your Mind”, which you can listen to below.  The album at times becomes a little inconsistent, but for the most part, remains a surprisingly enjoyable listen, especially for road trips.  Be sure to check it out below!

In stumbling around the hip-hop blogs and SoundCloud, I came across an elusive mixtape by an artist named London O’Conner.  Upon my first listen, I didn’t know what to quite make of it.  Not really rock nor hip-hop nor indie, O’Conner’s music seemed to evade the traditional genres, and concordantly, struck me as refreshingly unique.  I found myself wanting to keep listening as I began to dissect his lyrics, his synth-driven, bassey-sound, and the fusion of so many other musical elements.  In the same spirit of Kevin Abstract (who dropped one of the best albums last year), O’Conner clearly possesses an intense amount of passion, self-deprecation and perceived laziness, but through all of the nuanced apathetic shit, rises above it with beautiful, passionate music. The album, cryptically entitled “Outpost Alpha”, at least according to his website, is a portal into the mind of someone that isn’t doing this for any other reason apart from the fact that he desperately wants to make music that resonates with others.  Singing, beat-making, rapping, venting–it’s all there.  At the end of the day, he himself notes on his album’s page: “Focus on what you love, and what matters, and let the rest go.” Amen.

“The Art Form of Whatever”

Jared Evan has been making music for some time now, having dropped several respectable projects in the last few years from his New York base.  In particular, his album Boom Bap & Blues which dropped back in 2013, features some stellar production and guest appearances from Joey Bada$$ and M.O.P.  Nevertheless, The Art Form of Whatever was recorded in just four days, conceptualized on a flight back to New York, and speaks to Evan’s sense of personal creativity and commitment to delivering a side of himself that is a bit outside of the hip-hop parameters that has defined his music.  The beats are consistently dope, Evans sings about his own challenges and tribulations, and Evans even created the album art himself.  Beyond that, you’ll have to download it to understand why Evans says: “I’ve never been more proud of a project. It went from my brain to reality in the span of a few days. I really dug inside my creative chest for this one. I even painted the album art myself”.

It couldn’t be more fitting than to end this post with a review of Tiron & Ayomari’s newest EP The Great New Wonderful.  The hip-hop duo have delivered probably one of the most enjoyable albums of the early summer that will inevitably fill your soul with joy (and no I’m not speaking in hyperbole…for once).  Much like the theme of this spring’s most rotated jams, the album’s vibe barely fits into the ever-shifting boundaries and artistic limits of today’s hip-hop music.  The opening track “All We Are” is easily one of my favorite tracks of the year, opening up with the faint sounds of fireworks melodiously transitioning into a beautiful chorus of guitar chords.  This prelude serves as a lens into the rest of the album, acting as a familiar gateway into something nostalgic and reassuringly wonderful.  Ultimately, Tiron & Ayomari’s album achieves a rare accomplishment of any musical genre in that it artfully destroys the barriers of exclusion and prejudice, elevates you above the noise of our problems, and welcomes you into whatever beautiful world they’re constructing.  And yes, some hip-hop purists will examine this album and argue that it’s not hip-hop.  But as I’ve learned in the last few months, we are all hip-hop.  From the banker living in the burbs to the Latin American immigrant living in South Central LA, we can all embrace the beauty of the music, the movement, the culture.  Be sure to pick up this great, new wonderful EP now; you will most definitely not regret it.

That’s all for now folks.  Check back in a few days for the In Steady Curation playlist that I’ll be putting up for Spring 2015.  It’s going to be a fun musical journey through some of the dopest hip-hop over these last few months!